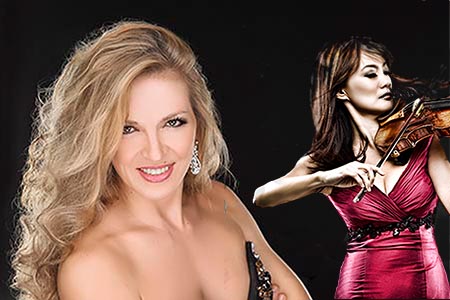 Singaporean violinist Lee-Chin Siow touches audiences with her charismatic stage presence in intimate recitals as well as the grandest of stages. As soloist, she has collaborated with renowned orchestras such as the Royal Philharmonic Orchestra, the Houston Symphony, Dallas Symphony, National Philharmonic of Ukraine, and more. A musical ambassador for Singapore, Lee-Chin has given command performances to Heads of State and extended Singapore’s cultural influence beyond its shores.